Education is a process of giving or receiving a systematic set of instructions to acquire any skill, knowledge, values, thoughts, and habits. It can be through teaching, story-telling, and discussion. Now, let’s talk about the education system in India. In ancient times, the Gurukul System of education was followed. In this, students who want to seek education go to Guru’s place or Gurukul to attain education. This system of education was not only confined to science and mathematics but covered all aspects of life including values and beliefs. The good thing about this education system was the strong bond between students and teachers. The system went on for many years until the education system has changed to Modern Education System. 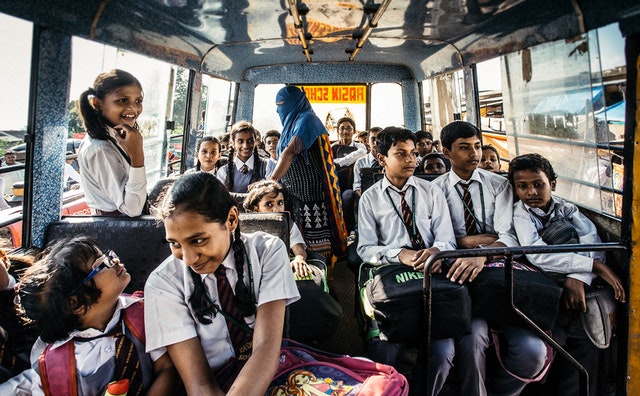 The Modern System of education came in 1830 under British Raj. This system was brought to India by famous British historian Thomas Babington Macaulay. Unlike the Gurukul system, this system of education was confined to science and mathematics, focused on classroom teaching, and the relationship between students and teachers was not as strong as in the Gurukul system. Not all were benefited from this system, and the reason was the lack of schools, teachers, and knowledge.

By the time India got independence, the education system in India was not up to the mark, and many political leaders had realized the importance of education. The reason behind that was the poor literacy rate of rural and urban India. To tackle this problem the Union Government of India established several Education Commissions from 1948 till 1966. Finally, to make education better an education policy was adopted by the Parliament in 1968. This made education compulsory for all children up to the age of 14. A lot of other key steps were taken in this policy and it also assured better training and qualification of teachers. This policy increased the literacy rate of India and also increased the reach of education.

In the current education system of India, vast improvements have been done due to the availability of high tech devices, mobile phones, and laptops. Today’s education system enables the reach of education and lessens the dependency on teachers. It also provides more educational Institutions and the growth of opportunities. In the current education system in India, students are more focused on theoretical knowledge. Students concentrate more on acquiring a good percentage and grades rather than values and practical knowledge. From one point of view, it seems quite right because a high CGPA is essential for admission to a good institution and to find a better career option. Since I have mentioned the term CGPA, I will explain a bit about it. CGPA is the short term used for Cumulative Grade Point Average. It is simply an average of grade points used in schools and colleges to measure the overall academic performance of the students. Few of the Indian Institutions use CGPA whereas in general most of the Indian educational institutions use percentage for grading students. However, students can convert percentage to CGPA by using some tools. Many websites are available on the internet that can be used to convert percentage to CGPA.

Previous Post: Tired Of Losing 8 Ball Pool Games? Read What To Do!!
Next Post: Modded Controllers Are The Best