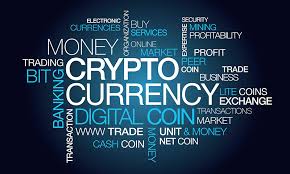 Currencies all over the world have a history of their own. They have evolved and changed. People have accepted them in every form. The formation of the first currencies dates back to 2000 B.C. Since then currencies have been used as a means to exchange goods. Each currency has a fixed value and can be used to buy whatever the buyer wants to get.

This trend of exchanging paper notes for products and services has been going on for a long time. Till this day people use this medium for trade and exchange. But, now the time has come when these currencies have started getting replaced. Digital currencies have made its way into the lives of people. In other words, all your money can now be stored in the form of digital data in servers. This has made life easier for us. Now we no longer have to carry currency notes with us wherever we go. We can always use the digital currency. It has become acceptable everywhere.

Apart from the acceptable or centralized digital currencies, cryptocurrencies have also grown as a trend nowadays. Bitcoin is the most popular form of cryptocurrency. It was invented by Satoshi Nakamoto in January 2009. From that time, it has gained immense popularity and has kept growing till the recent time.

A lot of crypto enthusiasts have shown their interest in bitcoins and have embraced it for their day to day transactions. They have taken the initiative to make it more popular. It has led to a revolution in the way people do transactions.

While cryptocurrencies have their advantages, it has some drawbacks as well. One of the major drawbacks of bitcoins is that the transactions are untraceable.  It can be used by the unwanted elements of the society to harm others.

However, the popularity of cryptocurrencies has grown so much that now people have started accepting this form of currency. The future of cryptocurrencies is still unpredictable. While most of the countries have started using bitcoins, there are people who still are cautious about their financial security online. There are hackers out there who love to get into people’s system and hack into their accounts. Bitcoin being a completely online form of currency, the risk involved is much higher.

Bitcoins are minted almost every day and the numbers keep growing by the day. Economists have predicted that in the near future a time may come when most of the transactions we do will be with bitcoins. The rise of bitcoins has made the use of online transactions increase to a large extent.

We hope you found this article useful. Please let us know in the comments below what you think about it. Thanks for reading!